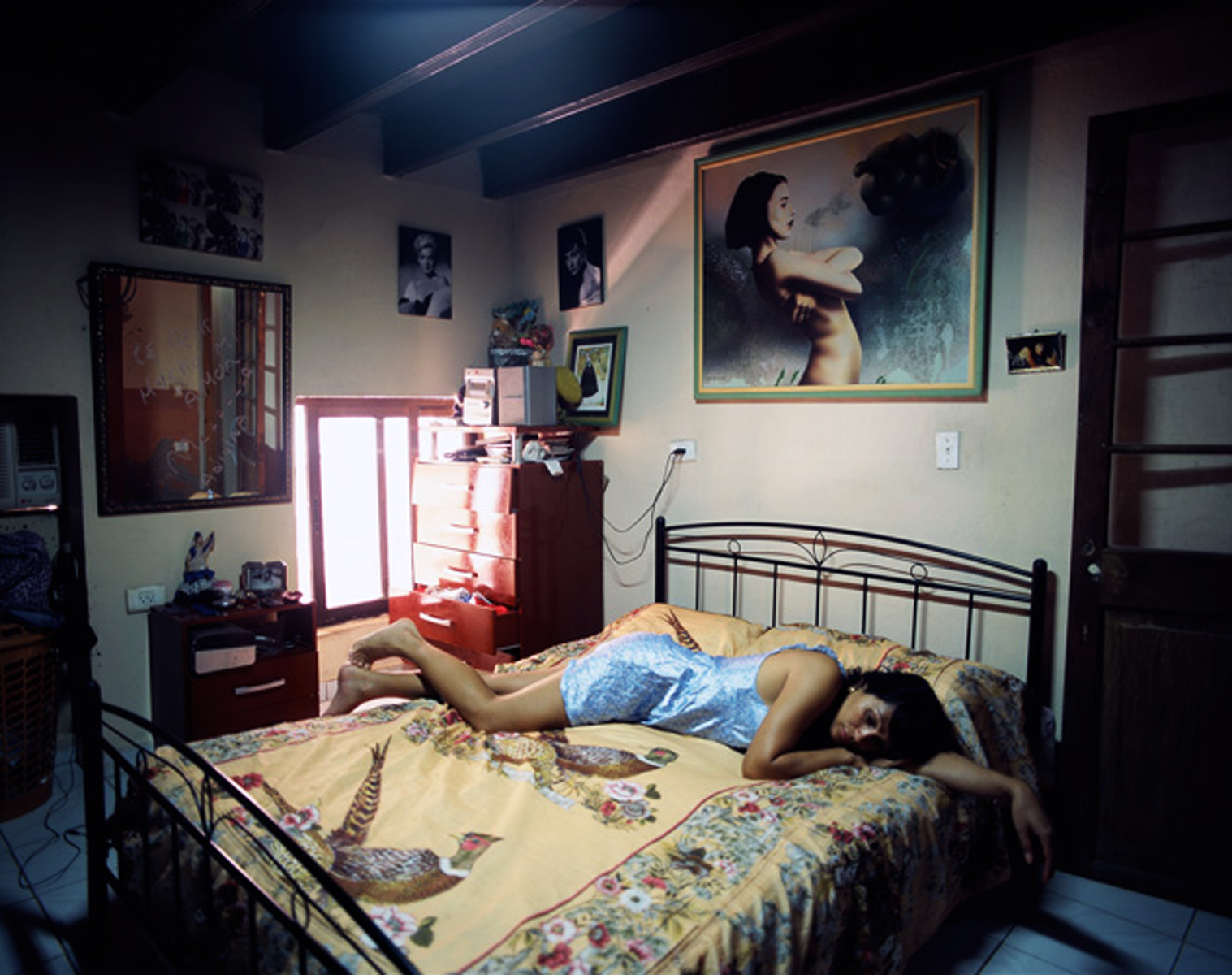 Diana escapes from the heat and humidity by resting in her air conditioned room. She is part of the LGBT community, who is in the process of transitioning to female. LGBT persons in Cuba have faced much discrimination and persecution under the communist regime. Since the 1990's, however, the discrimination has eased due to the Educational campaigns on LGBT issues, currently implemented by the National Center for Sex Education, headed by Mariela Castro, President Raúl Castro's daughter. Since June 2008, qualifying Cubans have been able to have free sex reassignment surgeries.